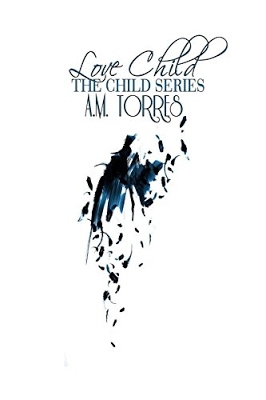 Summary:
Tommy Hulette never asked to be born. Everyone wants to make him regret it even so.Tommy Hulette hates his ghetto Brooklyn neighborhood. He’s content living with his beautiful mother, his loyal caring father, his little sister Greta. He enjoys playing stick ball with neighborhood friends then really perks up when he meets beautiful and interesting Stephanie Mandan from Starrett City.

But Tommy’s world is shattered forever. His mother becomes terribly unhappy and commits suicide. Things go downhill completely when his father decides he needs time to cope with the tragedy, sending Tommy and his sister to live with a brother Tommy never heard about. He promises that it will be for a short spell until he can come back for them.

He doesn’t and it doesn’t take long for Tommy to discover how this brother hates him and has since birth. He wants to punish Tommy for events occurred long before Tommy was born.Then it gets worse as he wants Tommy to end his life just like his mother…and to this Tommy is pushed and pushed and pushed.

Pushed to the limit, and with no one to turn to, Tommy takes solace in his sister’s company and letters he receives from Stephanie. Will he be able to cling to life, and not succumb like his mother?

I certainly expected this to be dark but holy shit, the depth this book displayed was highly unexpected.

Tommy’s plight was truly heart-wrenching. He believes that everything will be fine as long as they have each other, and that’s all he really wants ― to stay together as a family. Unfortunately for him, it seems that fate is out to get him. Their peace started to crack when his mother started to fall deeper into depression, and it finally shattered with her suicide. And things just got progressively worse from there.

It’s saddening to see how his parents just up and left him with Greta to deal with the consequences of their actions. How this “relative” hates Tommy for simply existing. It’s hard for readers to not root for Tommy and Greta after all they’ve been through, all of which they certainly don’t deserve. They’re just innocents caught in the crossfire of a bunch of adult drama.

However, Tommy is a very strong character. It was his hope that as long as they stick together as a family, they can overcome anything, and he still held on to that till the end. He still has Greta, after all. Even when the whole world was against him and it seemed like he had nothing to live for, the thought of leaving Greta to fend for herself alone in this cruel world pushed him on.

Greta’s unwavering loyalty towards Tommy also touched me. She may have been showered with many expensive clothes and outings but she still chooses to stay by her brother’s side. She continues to play with the paper dolls she had when in the ghetto and treasures any gift Tommy gives her, no matter how simple it is.

With Tommy having just reached puberty, there was some romance in here but it wasn’t focused on much throughout the book. For one, he and Stephanie didn’t really confirm if they were actually dating till towards the end. Their relationship felt a bit rushed to me but it was sweet nonetheless. Even though both his parents have given up on him in one way or another, she hasn’t. It was one of the things that kept him going while staying at the “relative’s” house.

What I would have loved to see more of is how the time period this book is set in contributes to the book’s overall atmosphere. There was a mention of how it was the time when women started seeking their own independence and of possible gender discrimination in the workplace, but that’s all they are ― simply mentions. The only reason they stuck in my head was because I originally thought this was set in a more modern time period.

The writing may not be the best and truth be told, the editing annoyed me from time to time, but Tommy’s story is one worth reading. It was suspenseful and heart-wrenching till the very end and is one I would recommend.

A.M Torres is the author of nine books. The first of these books Love Child which was originally published in 2011, but it was edited in 2014, and again in 2016. Love Child is a book in Fiction/Suspense category, and it was given a good review by Midwest Book Review who described it a “A tragic story of standing up for oneself, Love Child is a fine and very much recommended read.” Her second book, and the third books were the sequels to Love Child, Child No More, and Child Scorned. A.M Torres is also the author of the Christmas theme book J and K Christmas which include poems and short stories. She has released one copy of this book every year since 2011. J and K Christmas 2013 received four stars from Readers Favorite. A.M Torres earned her Bachelors Degree at Ashford University and is the mother of two boys Jason and Kristofer. She was born in New York City, but was raised in the projects of East New York Brooklyn. She lived in Sunset Park for over seven years, and currently lives in Staten Island, New York.

I’m usually reading, it’s just a matter of fact of whether it’s a book or a fanfiction. Otherwise, you can find me streaming MVs or scrolling aimlessly on the Internet.

an accurate representation of my current obssessions

Not So Recent Reviews

And Not So Recent Posts